Ford now has a frame SUV adapted for expeditions. Australia’s Blue Oval has added a range of options to the Ford Everest for travelers. The special Everest was named BaseCamp; the special edition is limited to 450 copies.

The Ford Everest BaseCamp is technically no different from regular SUVs, but all-wheel drive is standard. “Expeditionary” Everest can be ordered with the old five-cylinder 200-horsepower (470 Nm) diesel with a volume of 3.2 liters, and with the new 213-horsepower (500 Nm) 2.0-liter biturbo engine on “heavy” fuel. Both units are combined with automatic machines – 6-speed and 10-speed, respectively .

Features of the equipment – the presence of a factory snorkel, a towing hitch, a power roof rack and a three-inch kengurin with an LED bar in front. Externally, the Everest BaseCamp is easily recognizable by its black five-spoke alloy wheels, as well as the lack of chrome parts. Along with the regular Ford Everest, the off-road-adapted SUV can pull trailers weighing up to 3000 kilograms. 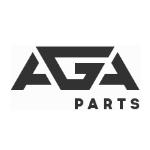